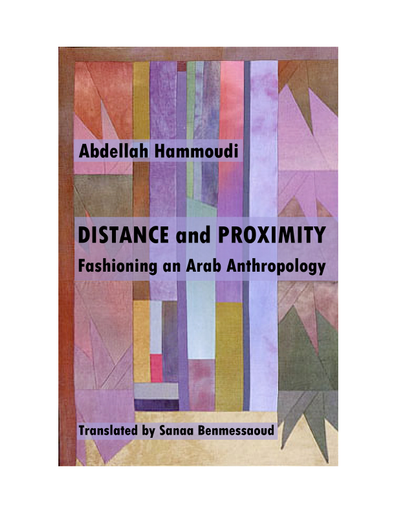 The field of Arab studies was dismembered during the colonial period, with ethnography working in the vernacular and the written tradition assigned to Orientalism. The so-called “critical turn,” inspired by Orientalism and other deconstruction approaches, left this traditional division of labor intact, which Abdellah Hammoudi seeks to reverse. In Distance and Proximity, exquisitely translated from the Arabic by Sanaa Benmessaoud, Hammoudi reflects on his fieldwork in Moroccan, Maghrebi, and Arab settings to delineate a decolonized anthropological approach capable of bringing these disciplines together through the practice of a “double critique.” This critique insists on taking into account the concerns of peoples on the ground and, at the same time, reappropriates anthropological knowledge to construct an authentically Arab tradition of anthropology in critical dialogue with European and American traditions.

Abdellah Hammoudi is professor emeritus of anthropology at Princeton University. His books include Master and Disciple, The Victim and its Masks, and A Season in Mecca, which won a Lettre Ulysses Award and has been published in seven languages.