With a Foreword by John Borneman

Few scholars have had a more varied career than Sally Falk Moore. Once a lawyer for an elite New York law firm, she has found her way to the Nuremberg trials, to Harvard, to the mountains of Peru where she has worked as an anthropologist studying the Inca, and to the mountain of Kilimanjaro where she studied the politics of Tanzanian socialism. This book offers a compelling tour of Moore’s diverse experiences, a history of her thought as she reflects on her life and thought in the disciplines of anthropology, law, and politics.

The essays range from studies of myths of incest and sexuality to those of economic development projects, from South America to Africa. The result is an astonishing assortment of works from one of the most respected legal anthropologists in the field, one who brought together disparate places and ideas in enriching comparisons that showcase the possibilities—and impossibilities—of anthropology. 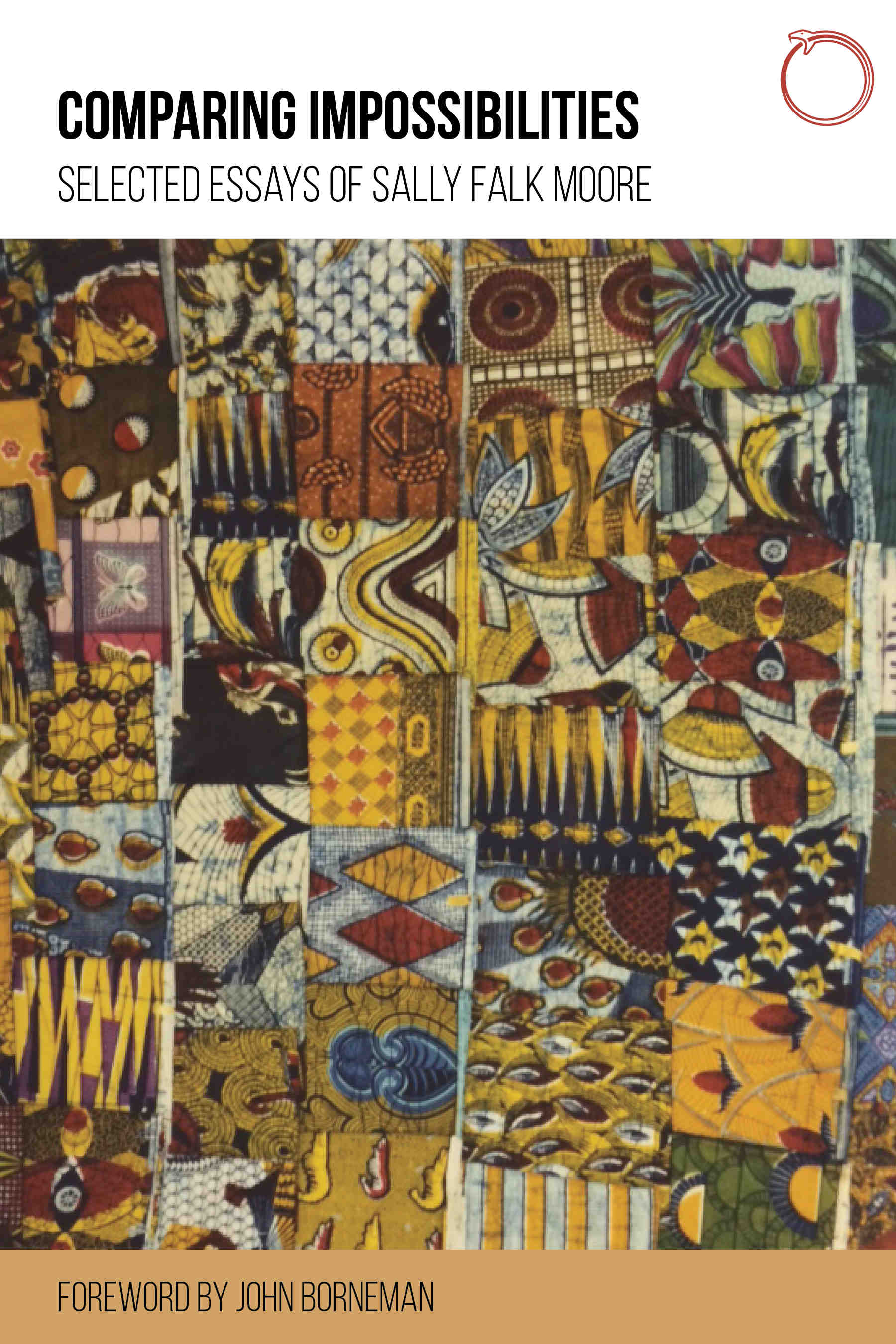 Comparing Impossibilities is a vivid demonstration of what a creative anthropology makes possible, comparatively—in both space and time. A tour de force, it traces the life and work of one of the leading anthropologists of our time over the last half-century. In it Sally Falk Moore’s surgical gaze focuses on an impressive range of anthropological topics, past and present. To each of those topics she brings both an acute analytic sensibility and a deep respect for “deep” ethnography—which, alike, have marked Moore’s oeuvre throughout her long and exceptionally distinguished career.

— John Comaroff, Hugh K. Foster Professor of African and African American Studies and of Anthropology at Harvard University, and author of Theory from the south: Or how Euro-America is evolving toward Africa (with Jean Comaroff)

In brilliant essays spanning a remarkable career, Sally Falk Moore takes up questions from the relationship of law to politics and social change to the nature of property in different kinds of transactions and the relationship of individual interests to organizational structures. Each essay is clear and incisive on its specific questions, but together they also offer broader implications for understanding the present in relation to events and processes, historical continuity and change, and disputes over each. John Borneman’s foreword elegantly connects the person to the work and its very considerable importance for anthropology, law, and a range of disciplines.

— Craig Calhoun, Director of the London School of Economics and Political Science, and author of The roots of radicalism: Tradition, the public sphere, and early nineteenth-century social movements

This extraordinary collection of essays by Sally Falk Moore, the eminent legal anthropologist, has it all: rigorous thinking, stunning ruminations on method, and hilarious gems from daily life among the anthropologists. Both topical and timeless, this collection shows Moore anticipating by decades entire subfields such as policy studies, anthropology of socialism, gender studies, and anthropology of affect. These explorations in Moore’s processual anthropology and the conceptual tools she developed for the ethnography of a world in constant and sometimes dramatic change are a must read for all students of anthropology, ethnography, policy, post-socialism, property, political economy, and gender, as well as her home areas of law and African studies.

— Julia Elyachar, Associate Professor of Anthropology and Economics at the University of California, Irvine, and author of Markets of dispossession: NGOs, economic development and the state in Cairo

Sally Falk Moore is the Victor S. Thomas Professor of Anthropology emerita at Harvard University and an appointed affiliated professor of international legal studies at Harvard Law School. She is the author or editor of many books, including Law as Process, Anthropology and Africa, and Law and Anthropology.

Foreword: Recording Uncertainty and Disorder on the Ethnographic Scene
by John Borneman

Chapter 1: Part of the Story: A Memoir

Chapter 5: History and the Redefinition of Custom on Kilimanjaro

Chapter 6: Treating Law as Knowledge: Telling Colonial Officers: What to Say to Africans about Running “Their Own” Native Courts

Chapter 10: The Secret of the Men: A Fiction of Chagga Initiation and its Relation to the Logic of Chagga Symbolism

Chapter 11: Law and Social Change: The Semi-Autonomous Social Field as an Appropriate Subject of Study

Chapter 12: Political Meetings and the Simulation of Unanimity: Kilimanjaro 1973

Chapter 13: Changing African Land Tenure: Reflections on the Incapacities of the State

Lawyer-turned-anthropologist, Sally Falk Moore has had one of the most diverse careers in anthropology… Comparing Impossibilities – a collection of Moore’s most famous essays on law, anthropology, and Africa – celebrates the breadth and diversity of her career through two different themes: those of processual anthropology and comparative methods.

…Overall, Comparing Impossibilities is a remarkable overview of Sally Falk Moore’s career and contribution to the field of anthropology at large, with a specific focus on her work in Tanzania and in legal anthropology – and especially regarding the transfer of land rights… [it] remains a brilliant demonstration of the ways in which anthropologists can mediate the tension between the ambition to account for situations in process, and the temporal ‘impossibilities’ that arise from the need to do so through their comparison.