An Ethnography of Deadly Silence

“The Mafia? What is the Mafia? Something you eat? Something you drink? I don’t know the Mafia. I’ve never seen it.” Mafiosi have often reacted this way to questions from journalists and law enforcement. Social scientists who study the Mafia usually try to pin down what it “really is,” thus fusing their work with their object. In Mafiacraft, Deborah Puccio-Den undertakes a new form of ethnographic inquiry that focuses not on answering “What is the Mafia?” but on the ontological, moral, and political effects of posing the question itself. Her starting point is that Mafia is not a readily nameable social fact but a problem of thought produced by the absence of words. Puccio-Den approaches covert activities using a model of “Mafiacraft,” which inverts the logic of witchcraft. If witchcraft revolves on the lethal power of speech, Mafiacraft depends on the deadly strength of silence. How do we write an ethnography of phenomena that cannot be named? Puccio-Den approaches this task with a fascinating anthropology of silence, breaking new ground for the study of the world’s most famous criminal organization. 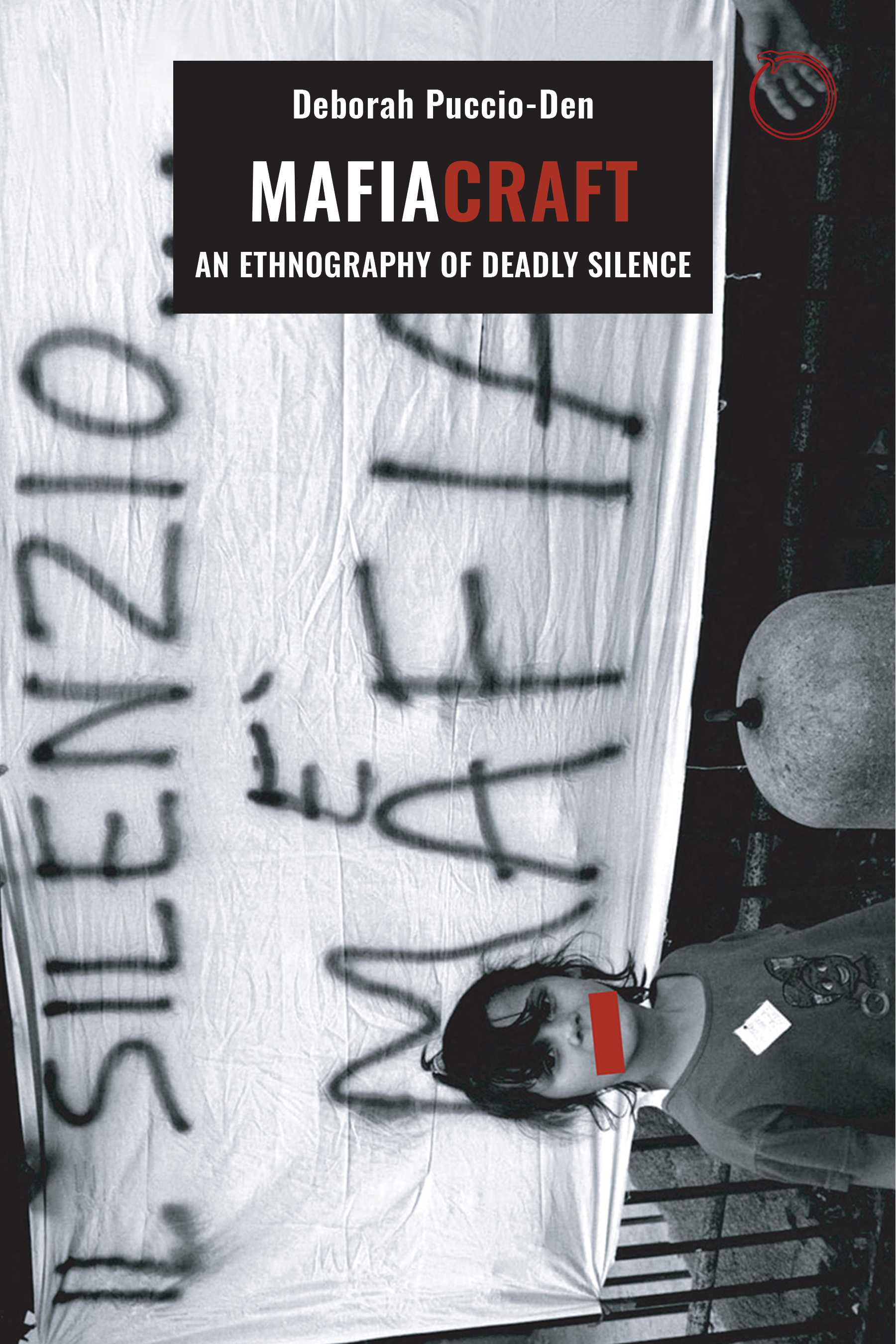 “This book is brimming with ideas and original turns. The author sets out to follow the work (hence Mafia-craft) required to answer the impossible question of what the Mafia is. Her intimate account of anti-Mafia activities helps to bring out the Mafia’s everyday realities for Sicilians. Yet Puccio-Den’s ambition also reaches out much further. Revisiting the very notion of Mafia as a problem for the knowledge of social realities, she opens up new perspectives for a political anthropology of silence.”

—Peter Geschiere, author of Witchcraft, Intimacy, and Trust: Africa in Comparison and The Perils of Belonging: Autochthony, Citizenship, and Exclusion in Africa and Europe

“Mafiacraft is an exciting exploration of how the Mafia came to be visualized, objectified, characterized as a kind of network, legally inscribed, prosecuted, and collectively rejected in the social world. Tracing Mafia through the consolidation of anti-Mafia, it follows how a muted group comes to the surface of representation by way of sources ranging from legal prosecution to photography, the emergence of popular religious cults, and the publication of hagiographies.”

—Claudio Lomnitz, author of Death and the Idea of Mexico

“Following Mary Douglas, Mafiacraft shows how anti-Mafia activism is a “system for accountability”; unlike witchcraft, it works to render visible the vices and devices of the Mafia in a social body inhabited by silence. This is an excellent contribution to anthropological debates in a variety of recent areas of attention, including the anthropology of Europe and the broader focus on ontology, memory, and the perception of social phenomena as contested fields of action.”

—Rogers Orock, co-editor with Wale Adebanyi of Elites and the Politics of Accountability in Africa

Mafiacraft: An Ethnography of Deadly Silence

Part I. Naming the mafia

Chapter 1. Does the mafia exist?

Chapter 2. The mafia as a plague

Chapter 3. How to photograph something that does not exist?