This collection brings together leading anthropologists, historians, philosophers, and artificial-intelligence researchers to discuss the sciences and mathematics used in various Eastern, Western, and Indigenous societies, both ancient and contemporary. The authors analyze prevailing assumptions about these societies and propose more faithful, sensitive analyses of their ontological views about reality—a step toward mutual understanding and translatability across cultures and research fields. 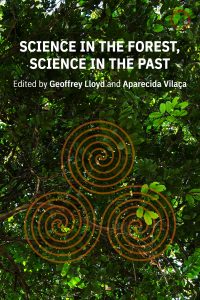 Science in the Forest, Science in the Past is a pioneering interdisciplinary exploration that will challenge the way readers interested in sciences, mathematics, humanities, social research, computer sciences, and education think about deeply held notions of what constitutes reality, how it is apprehended, and how to investigate it.

“Is there one big Science, or are there many legitimate forms of knowledge? Are primary qualities the sole object of scientific inquiry, or is there a space for investigating the multidimensionality of phenomena? Are the ontological foundations of different systems of worlding incompatible, or do they allow hybridization and the expression of foundational principles? This innovative book tackles these questions afresh by bringing together an impressive set of international scholars in fields ranging from ancient civilizations and non-Western cultures to the computing sciences. Their deconstruction of the sterile deadlock between universalism and relativism will be a milestone for years to come.”

Geoffrey E. R. Lloyd is Professor Emeritus of Ancient Philosophy and Science at the University of Cambridge, where he was Master of Darwin College from 1989 to 2000. He has published over thirty books, most recently Being, Humanity and Understanding (Oxford University Press, 2012) and The Ambivalences of Rationality: Ancient and Modern Cross-Cultural Explorations (Cambridge University Press, 2018).

Aparecida Vilaça is Professor of Social Anthropology at the National Museum, Federal University of Rio de Janeiro. She is the author of Strange Enemies: Indigenous Agency and Scenes of Encounters in Amazonia (Duke University Press, 2010) and Praying and Preying: Christianity in Indigenous Amazonia (University of California Press, 2016), among others.

Chapter 1. The Clash of Ontologies and the Problems of Translation and Mutual Intelligibility

Chapter 3. A Clash of Ontologies? Time, Law, and Science in Papua New Guinea

Chapter 5. Is there Mathematics in the Forest?

Chapter 8. Antidomestication in the Amazon: Swidden and its Foes

Chapter 10. Modeling, Ontology, and Wild Thought: Toward an Anthropology of the Artificially Intelligent

Chapter 12. Turning to Ontology in Studies of Distant Sciences

Chapter 13. Epilogue: The Way Ahead